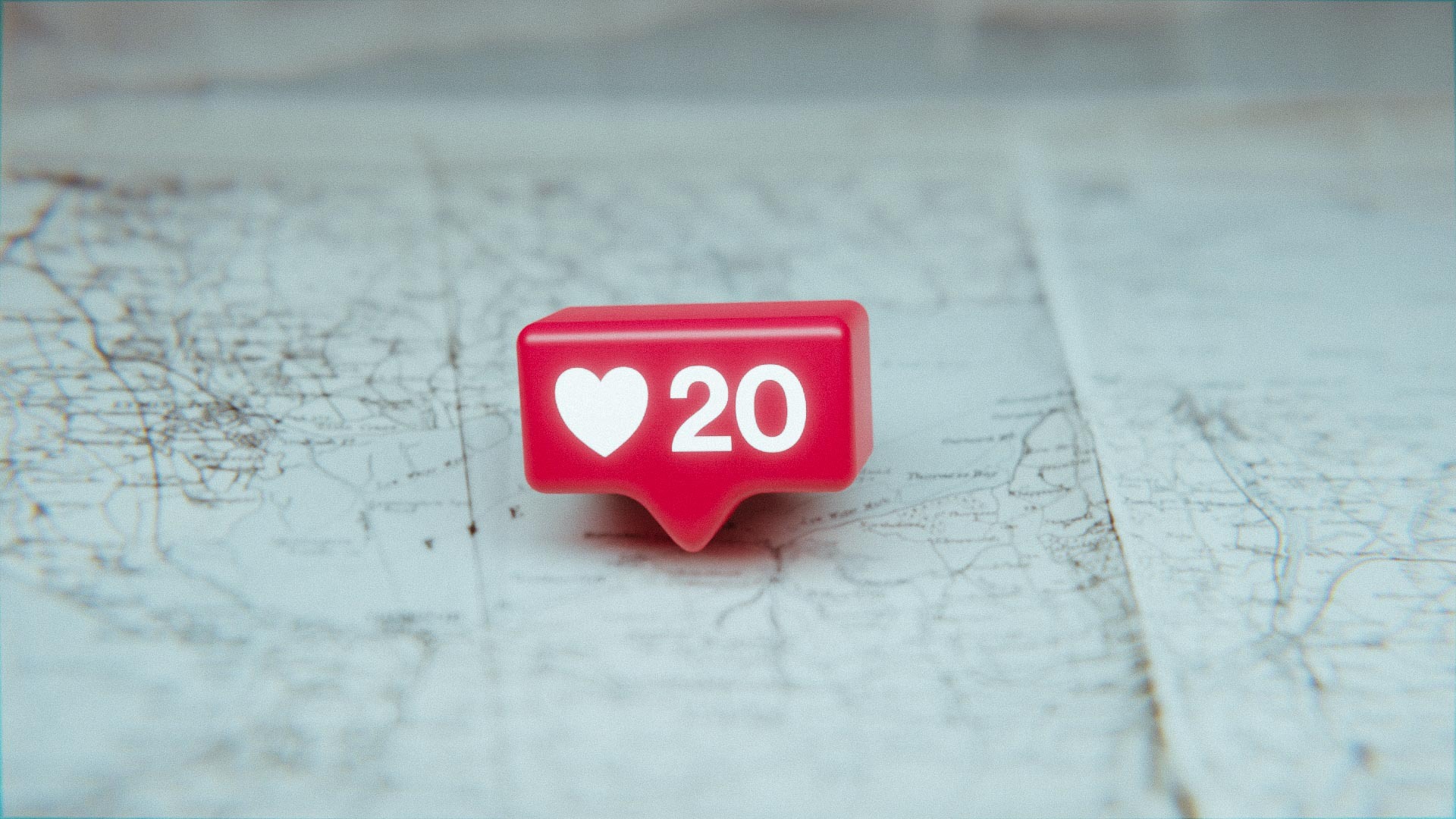 The growth of platforms like Instagram and Youtube has led to the emergence of influencers, be it in the field of food, fashion, or travel. These professionals can ‘influence’ the consumption decisions of users through their promotions. Travel influencers also do a similar job. They promote tourism whilst exploring the world. Some are full-time influencers, while others travel to feed their passion for photography or fashion. Let us have a glance at the top 20 travel influencers.

Jack’s travel journey started when he was 21 and started backpacking with the money he saved from his carpet job in Manchester. Slowly Jack started to make some money through reposting and tagging which helped him make further travel plans. Then came a big offer of $35,000 which he grabbed with both hands. By then, he already had around 1 million followers. Visiting places like Indonesia, Dubai, Egypt, Hong Kong, Switzerland, and Greece among others, he has managed to build a mansion-like home with a pool in Bali which is designed for indoor shoots.

Lauren, a dental assistant from Western Australia, always had a passion for traveling and visiting new places. She used to save up for months from her job to go wandering. Inspired by the growth of her twin sister’s Instagram account, she started one of her own. As she grew popular, local brands started approaching her for trip promotions and brand deals. Shree has visited places like UAE, India, Turkey, Thailand, Seoul, and Fiji (where she met @doyoutravel).

With an influencer score of 96 (from Klear), Murad is a Russian photographer and is well known for his famous Follow Me To campaign. His photos of holding his wife’s hand while she looks back have become a famous trend across the globe. He along with his wife is named as the world’s top travel influencer. Having visited places like Jordan, Moscow,  Paris, and Greece,  he has also been named among the top 3 travel influencers by Forbes.

Famous for his landscapes and scenic photographs of beautiful places (especially cold ones), Chris is named as one of the top three travel influencers. He describes himself as a photographer and filmmaker. Having worked as a freelancer for numerous famous publications including Surfline.com and Water Magazine, Chris’ photography has a unique sense of human touch blended with the beauty of nature, so much so that a ‘Burkard photo’ is almost impossible to reproduce.

Altug is a world-renowned photographer and travel influencer. His breathtaking shots certainly catch the eye of anyone browsing through his Instagram handle. One of T+L’s ambassadors, Galip has citizenship of four countries, which facilitates his endeavors. Places like Bhutan, Moscow, Milan, Cuba, Qatar, and many others have been beautifully captured by him behind his lens.

Louis is a Youtuber (with around 2 million followers) famous for his travel vlogs. Apart from this, he is also a musician and a filmmaker. His campaign for social change has also gathered a lot of support across the globe. He also undertook the “Beyond Borders” project which involved flying to 22 cities over 60-90 days with his pilot friend. Cole has also worked with Discovery and BBC networks and inspired both social change and travel among the masses.

Although it might seem to you that Eric is low on followers, he is named the world’s 4th most influential traveler by Forbes and the world’s best family traveler by Fodor. He has visited 97 countries (across 7 continents) so far, 62 of which have been with kids. He describes himself as a writer and a traveler who loves visiting crazy places with his kids. He has already visited places like Greece, Italy, France, Faroe Islands, and the Maldives.

Sitting at the top of the Forbes travel influencer list, Damon (an American) and Jo (Brazilian) are one of the best couple travel influencers on social media. Each of them speaks over 5 languages. Starting from virtually nothing and traveling on mere dimes, they now boast of brand associations with MTV and Toyota. Having visited countries like France, Paris, Kenya, and Greece, they are now famous Youtube vloggers.

Kate is a 36-year-old Boston female solo traveler who inspires women around the world to travel safely while being alone. She quit her job in 2010 to travel for six months to Southeast Asia and never returned to a regular job again. She has now visited 83 countries including Vienna, Lebanon, Japan, Mexico, Italy, and Antigua including 7 continents and runs a famous travel blog.

Brian is the founder of The Points Guy, an ace when it comes to loyalty points, travels, and credit cards. Living his life on the road, Kelly has now developed TPG as a platform that publishes content including stories and news on travel destinations. Brian believes in sharing his travel experiences and does so through his TPG platform (@thepointsguy) which now has more than 435K followers on Instagram. You can make your travels easy with Brian as well as an experience that never goes in vain.

Jennifer found her mojo for photography when she bought a new iPhone. Originating from Britain, Jennifer has successfully designed two photo editing apps – izkiz cam and DeluxeFX. The bright photos on her Instagram page are a testimony of her love for photography. She has not only visited but also scenically captured places like Istanbul, Turkey, Seychelles, Holland, and Kazakhstan.

As the name suggests, this is a family that travels together and influences together. They started their journey in 2015 when they decided to sell their house and step outside to explore the world. They have together traveled 65 counties so far. After 3 years on the road, they have now built a beautiful home in Hawaii as they continue to explore the world. They have a successful Instagram and Youtube channel where they post about their travels to countries like Chile, Tahiti, and Tanzania among others.

A cancer survivor, Wil has inspired a whole generation of travelers and entertainers. With his Youtube channel having over 2M subscribers, Wil shot to stardom from his commercial appearances and work in the entertainment industry. Having won the vlogger of the year award in the same year he became cancer-free, Wil is primarily based in the Philippines.

Emilie is known for her beautiful landscape clicks on her Instagram page. She has also authored a book named “Forever Wandering” that contains her experiences of visiting places around the globe. One can feel the connection with nature and natural ecosystems through her book which is an ideal lens to look at the beauty of nature.

Apart from being a travel influencer, Angelica is also a successful fashion icon. She has won many awards including the VeckoRevyn Blog Awards and the Vixen Awards. The exotic locations coupled with breathtaking fashion designs make her Instagram an instant hit among millennials. She also runs a successful Youtube channel where she uploads vlogs of her fashion shoots and travels.

Aggie is the ideal person to follow if you are fond of adventurous endeavors. Along with being a successful travel influencer, she also runs her own swimwear store, which makes swimwear from recycled fishing nets and plastic bottles. Her account is full of bold and beautiful clicks at desirable locations. With beautifully designed presets, Aggie has mastered the Instagram game. You can also purchase her collections from her store.

He is one of the German Roamers (the largest photography community in Europe). This 20-year-old has identified his passion for traveling and photography early in life and is a freelance photographer with a specialization in outdoor landscape shoots. He has recently been awarded as the most influential photographer and has visited places such as Chile, Finland, New Zealand, Moscow, and Shanghai.

She specializes in tropical and ocean adventures which are reflected appropriately by her Instagram posts. She has also opened her own store with a beautiful initiative of planting a tree for every purchase. She has also been awarded the title of “World’s leading island travel influencer”. Her posts resonate with the warm culture of the tropical world.

Alex is a Montana-based French photographer and author. He is ranked 12th in the list of top 100 photographers on the web by XXLPIX. He has also written ‘Alternate Living’, a book which offers an insight into the lives of people living far off from society. Alex’s travel exploits have been beautifully framed both in his book and in his serene landscape shots. His recent Instagram posts are all about Iceland and Poland visits.

Jessica is a perfect blend of a tea and travel lover. Her blog promotes different types of tea along with recipes and benefits. Jessica has been a fighter throughout- be it a difficult pregnancy or fight alongside her daughter’s rare chromosome disease. But she has been spreading the wanderlust spirit through her travels and adventures. Her Instagram and blogs are full of beautiful clicks.

Traveling means a thousand things for a thousand people. For some, it is a way of finding oneself, while for others it is a way to escape the mundane life. And for some more, it is their identity. These influencers are passionate about the world and nature. Their experiences are something we can bank on and use as a guiding light in our own travels. 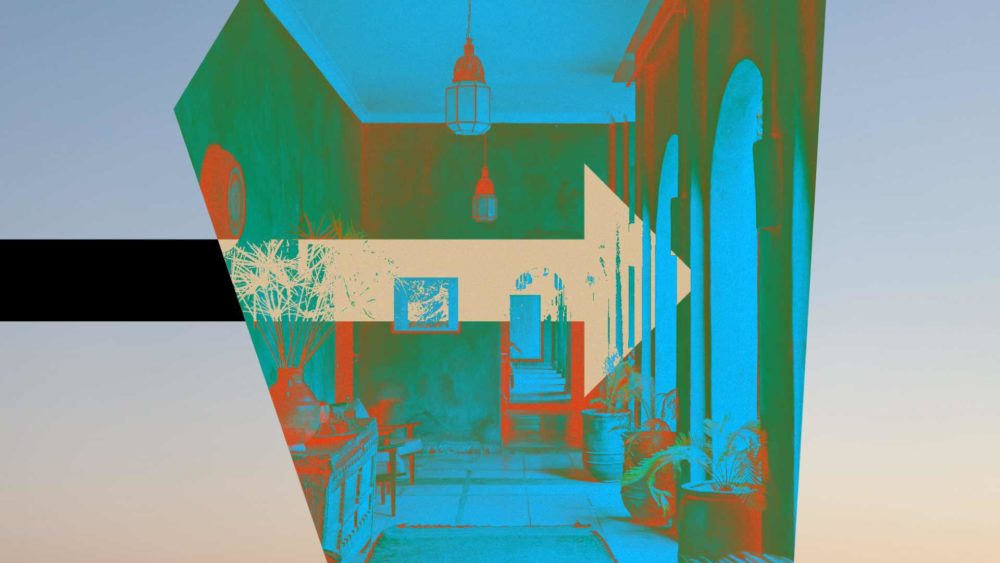 Lodging, Travel, and Tourism: A Glimpse Into the Future 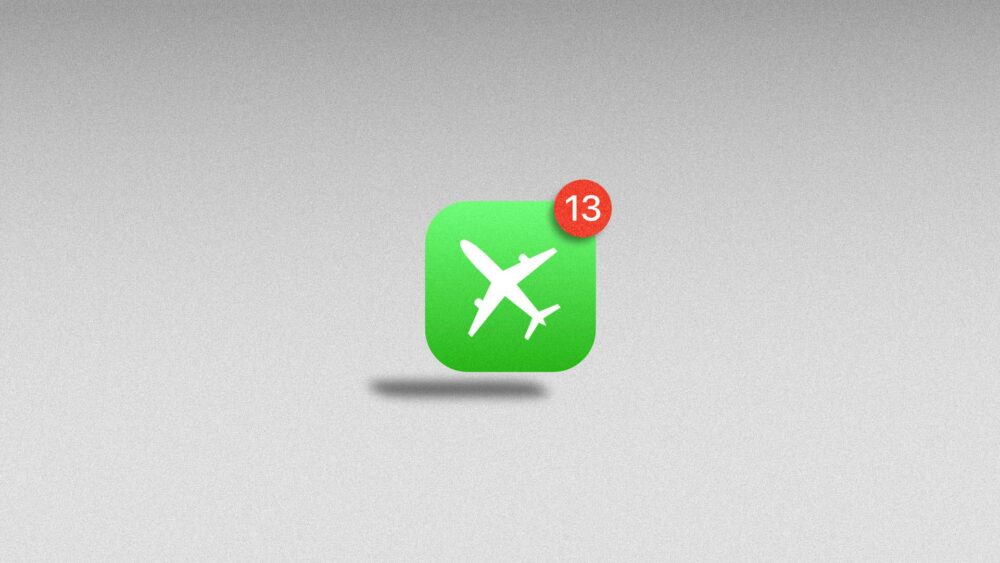 13 Tech Trends in Hospitality and Travel

Travel Guide: Autumn in the Ozarks 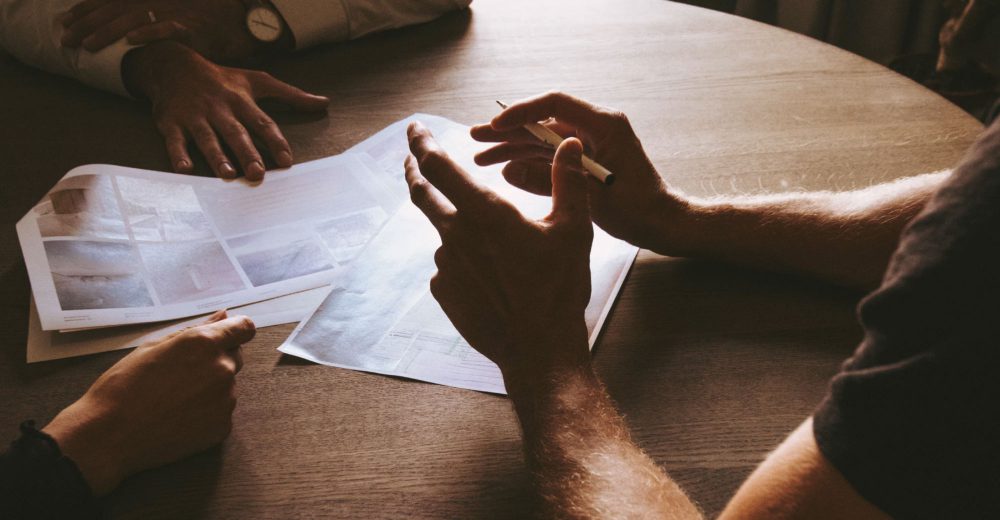 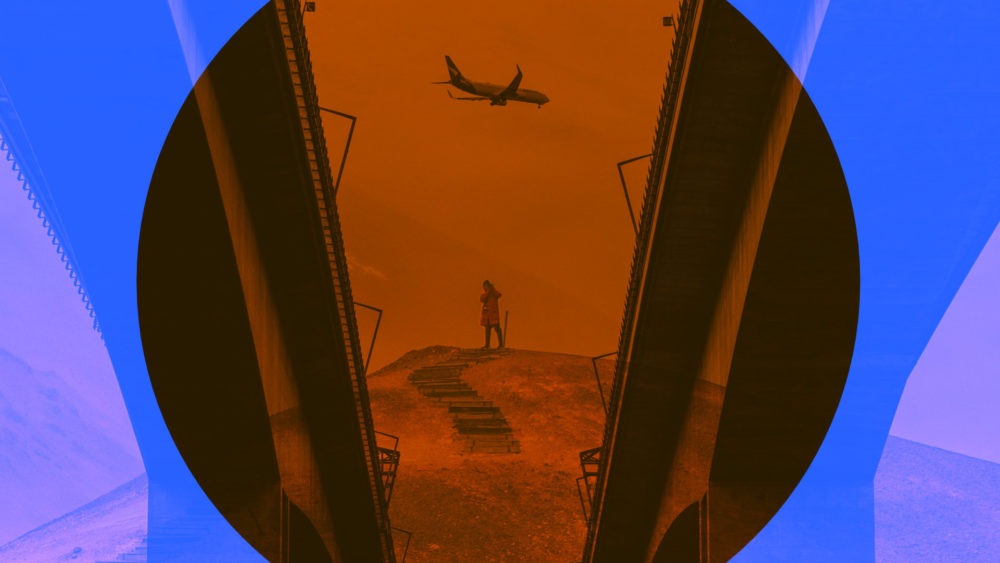 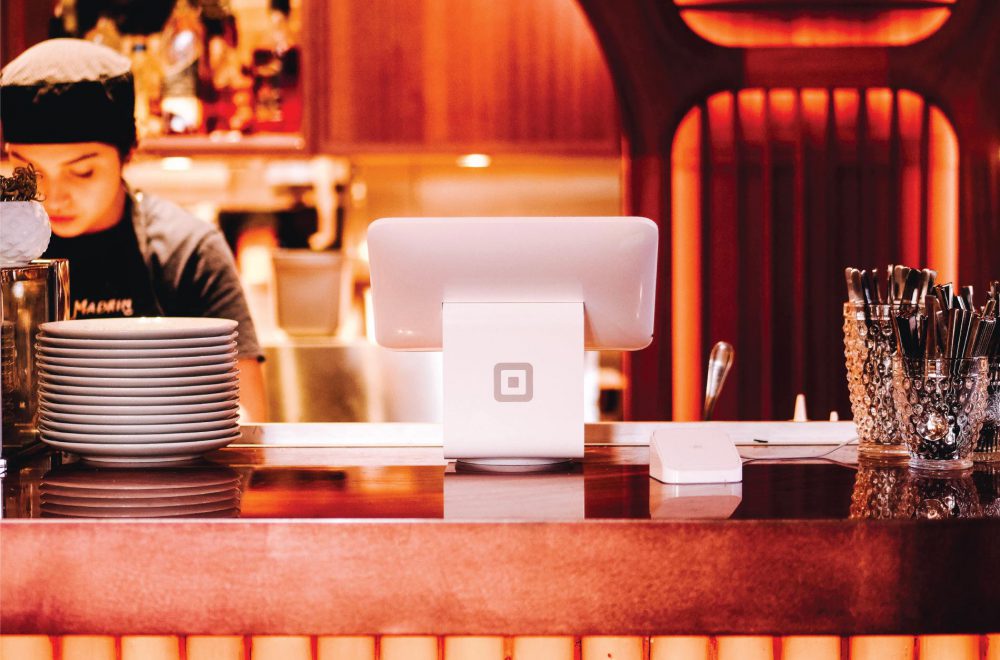