10 Influential Hospitality Leaders That You Should Be Following 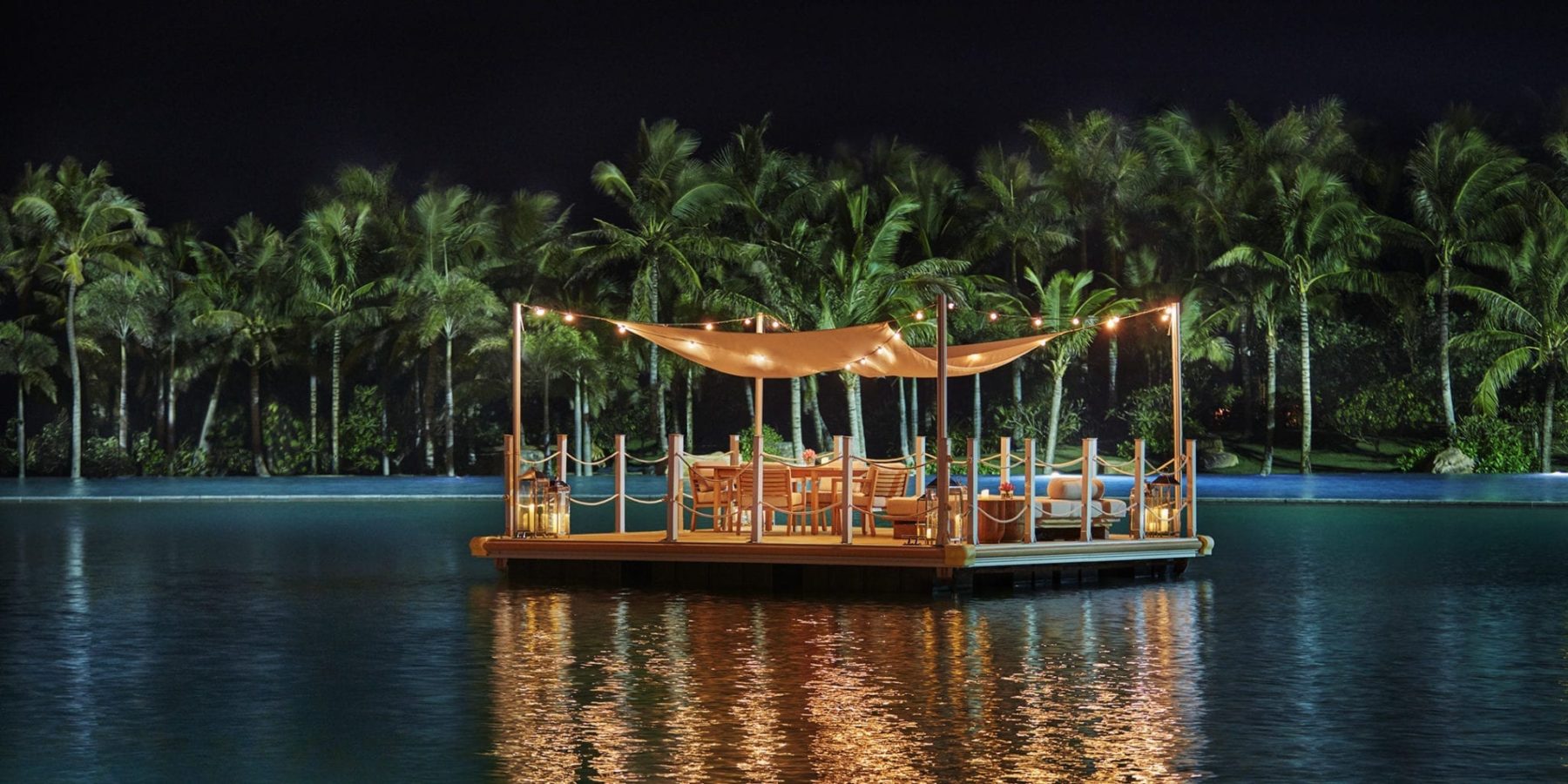 One of the best ways to stay up on the hottest trends and best practices in your industry is by following industry leaders on their social media accounts. This is also an excellent strategy for finding inspiration and guidance for your own marketing efforts. Additionally, many of the most successful individuals in the hospitality industry also share advice and perspectives on managing their careers or work-life balance, which can help any professional thrive. Here are 10 of the brightest minds in the hospitality industry, in no particular order:

Stephanie is the editorial director at Hotel News Now and has been a hotel trade journalist for more than 12 years. She is known for having impartial opinions and giving excellent analyses on the global hotel industry. In her role, she sets the content direction for Hotel News Now and its extensive suite of newsletters and web content. She also helps manage the multimedia editorial calendar. On her social media accounts, she shares interesting and insightful hotels and travel news. If you are a hotel owner or marketer, she is one you won’t want to miss.

The latest from Stephanie:

Bruce has been in the hospitality industry since a young age – age 4, as a greeter in his grandmother’s restaurant, the Rathskeller in Chicago, Illinois. After graduating from school, Bruce began working for Levy Restaurants as a manager. Throughout his 9-year tenure with Levy Restaurants, he was promoted to General Manager and then Managing Partner. In 2008, Bruce joined the EHS Hospitality Group as the owner of the Chicago Market. Although he specializes in the Chicago market, his office also works with areas throughout the U.S. As an owner, he works to supply his clients with top talent in the hospitality industry. To keep a pulse on that talent, he maintains a comprehensive database of the industry’s top leaders at every level and shares their content from his social media channels. Consider Bruce’s channels a hospitality RSS-feed, with his own expertise mixed in from time-to-time.

The latest about Bruce:

If you get your inspiration from folks who started from the bottom – look no further than Colby Hutchinson. He has held nearly every position in the hospitality industry – from dishwasher to now serving as the director of customer experience and brand management administrator for Best Western Hotels and Resorts.

Follow him on LinkedIn, where he writes critiques and shares links to articles that relate to customer experience and marketing, as well as issues that could affect the entire hotel industry.

The latest from Colby:

If you are on the revenue management side of the hospitality industry, Loren Gray is a must-follow. Loren is currently the founder of the Hospitality Digital Marketing agency. Previously, he was the Vice President of Digital Strategy for Standing Dog Interactive, which is an agency that focuses on integrating all aspects of digital marketing into one strategy. Before that, he was the director of e-commerce for Ocean Properties Ltd., which is one of the largest privately held hotel franchises in North America. He is an excellent resource for all things hospitality digital marketing and finance related.

He hosts a “Week in Hospitality Marketing” online show. The show covers tools and techniques, recent industry news and real-world case studies with actionable how-tos with the insights hospitality leaders need to know and how it could impact their business. This show is geared towards owners, managers, asset managers, as well as sales and marketing folks in the hospitality industry. Loren makes it a point to cover all verticals within the industry including restaurants, spas, hotels, and attractions. Loren reminds followers about the show each week on social media – so be sure to follow if you don’t want to miss an episode!

Playbacks for episodes are also available on a quarterly basis.

The latest about Loren:

If you’ve ever stayed at (or worked at, or owned) a boutique hotel, you owe some gratitude to Chip. Chip is one of the iconic founders of the modern boutique hotel movement, and he is an undisputed expert in the hospitality industry.

What makes Chip stand out is his ability to adapt very well to societal changes that impact the hospitality industry. He recognizes innovation and change within the industry before those changes become trendy.

In addition to boutique hotels, Chip is a strategic advisor for Airbnb. In addition to his expertise in hospitality, Chip also serves as a mentor and speaker for middle-aged businesspeople. As such an influential person within the hospitality industry, Chip’s account is a one to follow.

Chris Willard is the owner and director of marketing and hospitality for Crown Choice Inc. He also serves as Event Coordinator for Black Rose Hospitality. He has worked in several of the leading U.S. markets including New York City and Las Vegas, which has helped him develop a keen eye for detail. Chris also founded a non-profit organization, 2 Hands 2 Employ, that helps to educate and employ those who may need help in the hospitality industry. Part of the organization offers internships to help young professionals launch their careers in the hospitality industry – especially hotels and restaurants.

With so much experience in the industry and a big heart, Chris is clearly one to follow, especially for those in the hotel and restaurant verticals.

The latest on Chris:

Lindsey is the CEO of Preferred Hotels & Resorts and also a member of its Board of Directors. Lindsey became CEO in 2004, and since that time, she has helped solidify the company into an iconic hospitality brand. In 2015, Lindsey led the rebrand from Preferred Hotel Group to Preferred Hotel & Resorts, which lead to generating more than $1 billion in reservations revenue on behalf of its member hotels, which was a 15% increase over the prior year. This success led to Lindsey being named as one of the 30 most influential women in the hospitality industry. She has also been named one of the 10 most noteworthy hoteliers in the world by HOTELS magazine and one of the 20 most influential females in the lodging industry by Lodging Magazine.

She uses social media as a vehicle to promote sustainable travel and how to better embrace work-life balance.

The latest from Lindsey:

Edward Mady is the top manager of one of the most iconic and well-known hotels in the world – The Beverly Hills Hotel. He has received countless awards, and is known for inspiring teams and delivering growth. In addition to being a hotel manager, he is a business coach and mentor. He is also a leading author and speaker who has been recognized by Harvard Business Review, Fast Company, and Forbes. In 2017, he was named Hotelier of the World by Hotels Magazine.

Edward uses social media to encourage teamwork in the industry. He encourages other hospitality professionals to utilize their teams for ideas and inspiration. He also makes sure his own team members are recognized and valued. If you are a leader or aspire to be one, Edward can be an excellent source of inspiration.

The latest from Edward:

If you’re looking for interior design inspiration in the hospitality industry, be sure to follow Aliya Khan. Aliya is the Vice President of Global Design Strategies for Marriott International. Prior to working for Marriott, Aliya was a designer for W Hotels and Aloft Hotels. She went on to work for Starwood Hotels as a Sr. Manager of Design and then was promoted to Director of Renovations. She then worked as Global Director of Design and Development at NeueHouse until taking her role at Marriott. In addition to her role at Marriott, she is a speaker at conferences.

She has lived in six cities of the world, and she brings that experience into her designs. She also has degrees in Architecture and Industrial Design. On her social media accounts, Aliya gives you a sneak peek into upcoming hotel projects as well as the inspiration she finds in the world around her.

The latest about Aliya:

Ian Schrager is a hospitality visionary. He has worked as a nightclub owner, hotelier, designer, restauranteur, and more. Despite his extensive work in the hospitality industry, Ian considers himself as being in the entertainment business. He is also the co-founder of the world-famous Studio 54 nightclub. He is also known as one of the co-creators of the boutique hotel movement.

On his social accounts, he posts things that entertain him, spanning from the humorous and beautiful. He often posts images and videos that he not only likes, but that also inspires him and what you’ll find in his hotels.

The latest from Ian:

When looking to social media for inspiration, it is best to follow a wide mix of individuals who vary outside of your vertical, or your specialty within the vertical. We have chosen 10 who are fairly active on social media who come from a variety of backgrounds and positions within the industry. However, there are hundreds of other social media accounts relating to the hospitality industry that can also be a source of inspiration for you.

One of the best parts of working within the hospitality industry is that most professionals are willing to help and share information and ideas. By contributing to and following up on the thought-leading activity in the industry, you can ensure your success within the industry. Many of these professionals also share their personal struggles and advice for overcoming and managing those, and that can always be helpful, even if they are outside of your hospitality specialty. 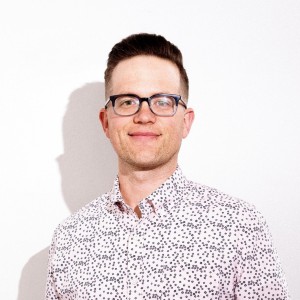 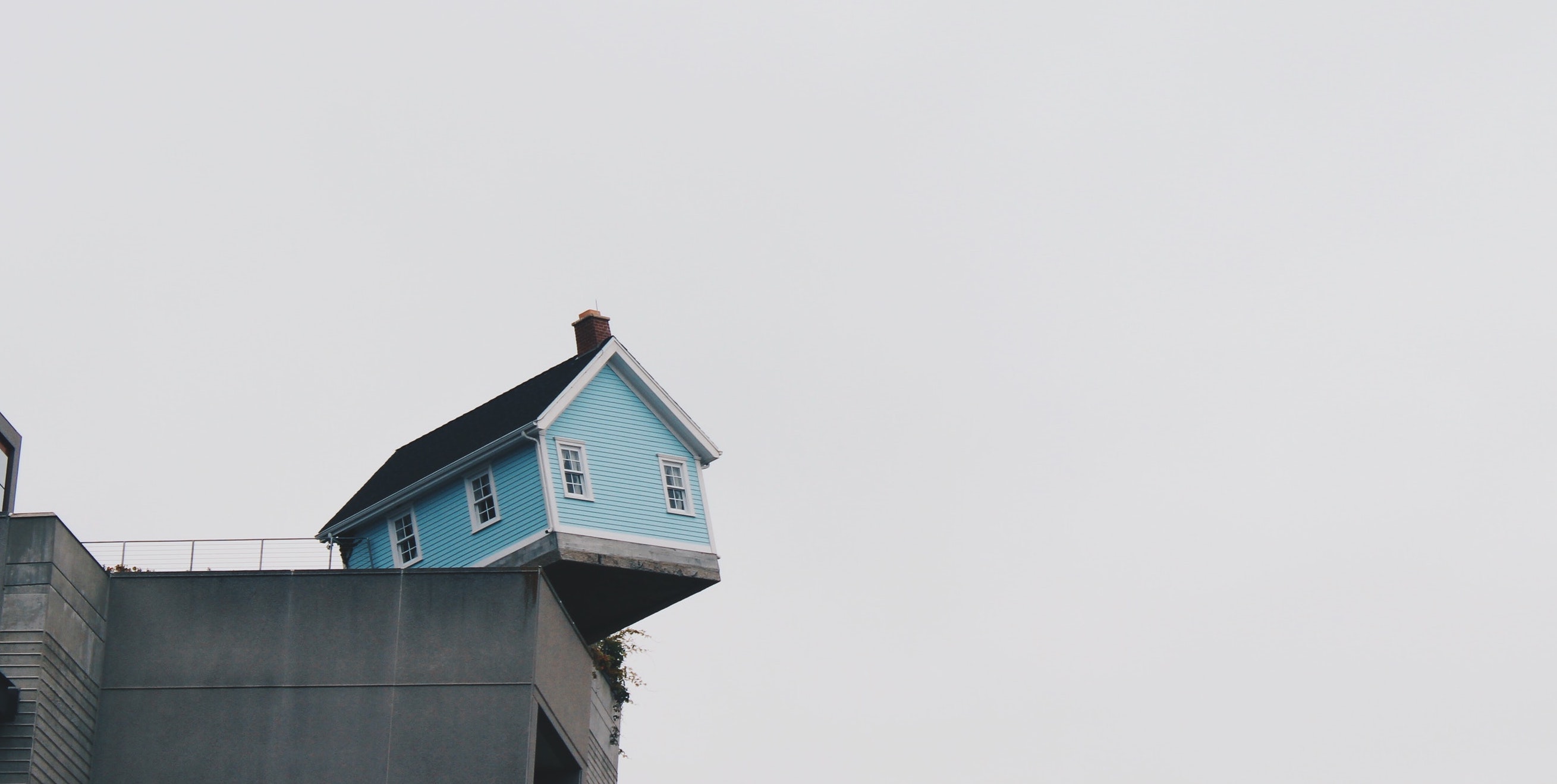 How Leaders Can Find Work-Life Balance with a Powerful Brand 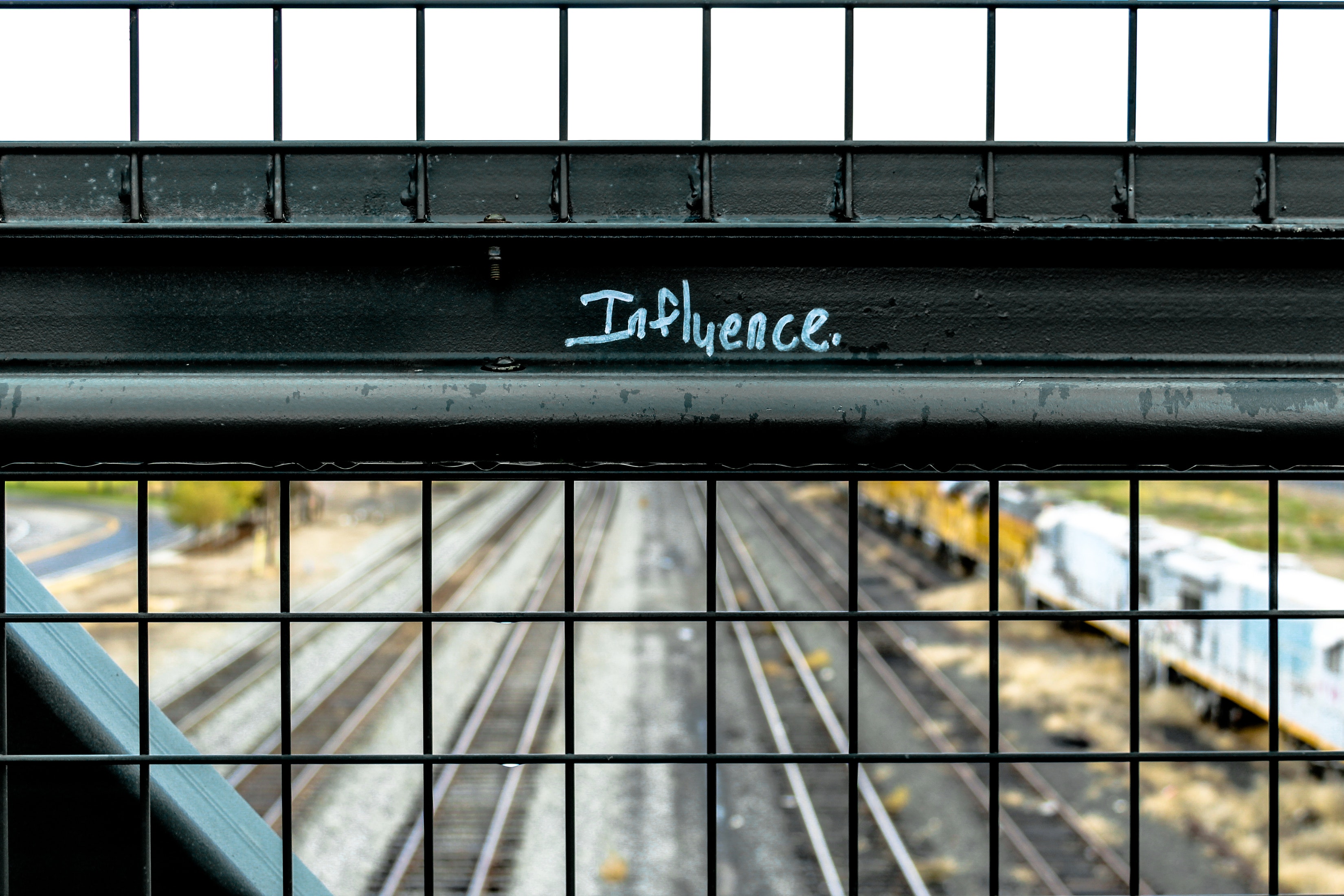 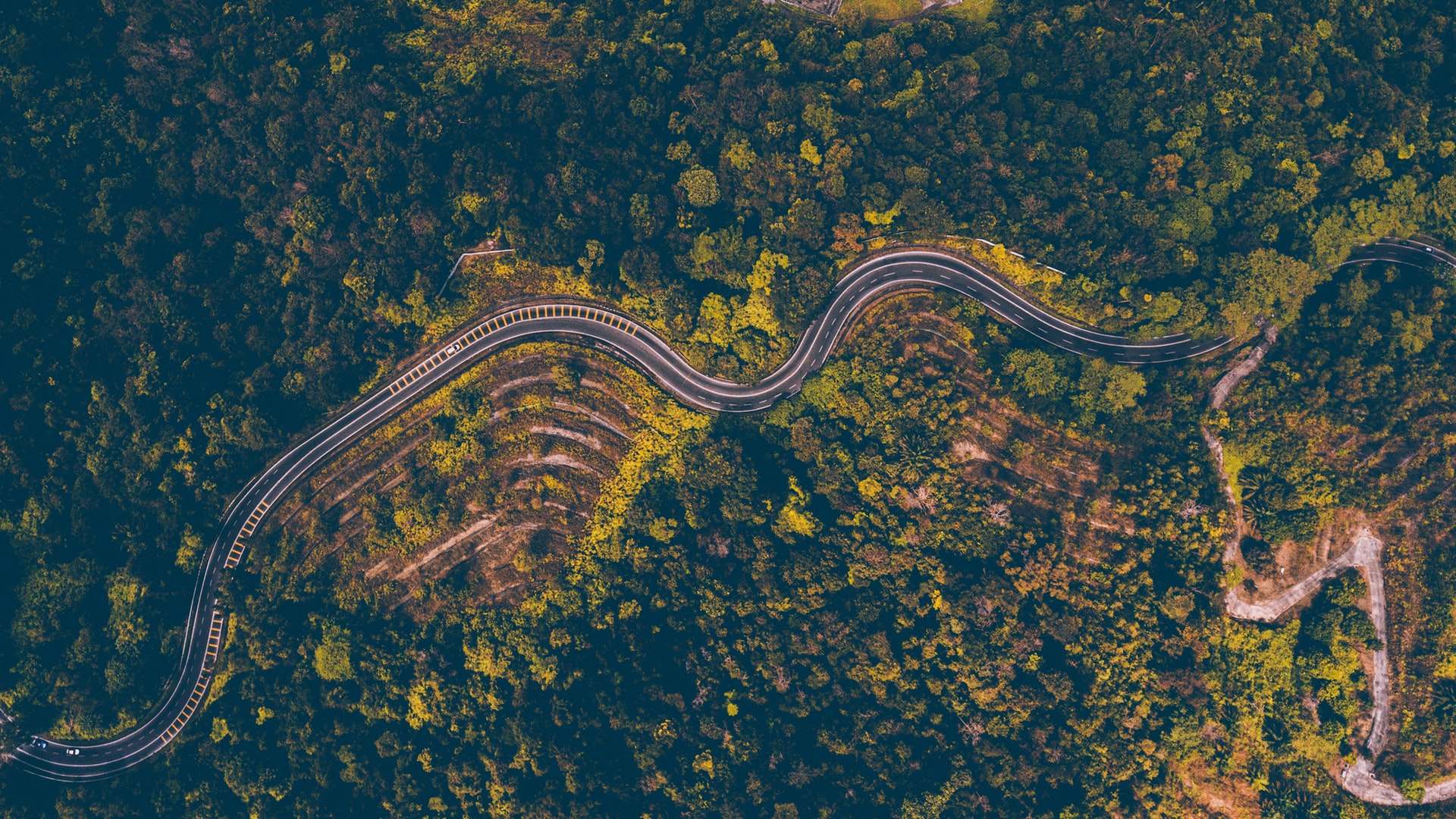 What’s Next for Longitude°?

Or email us at info@longitudebranding.com